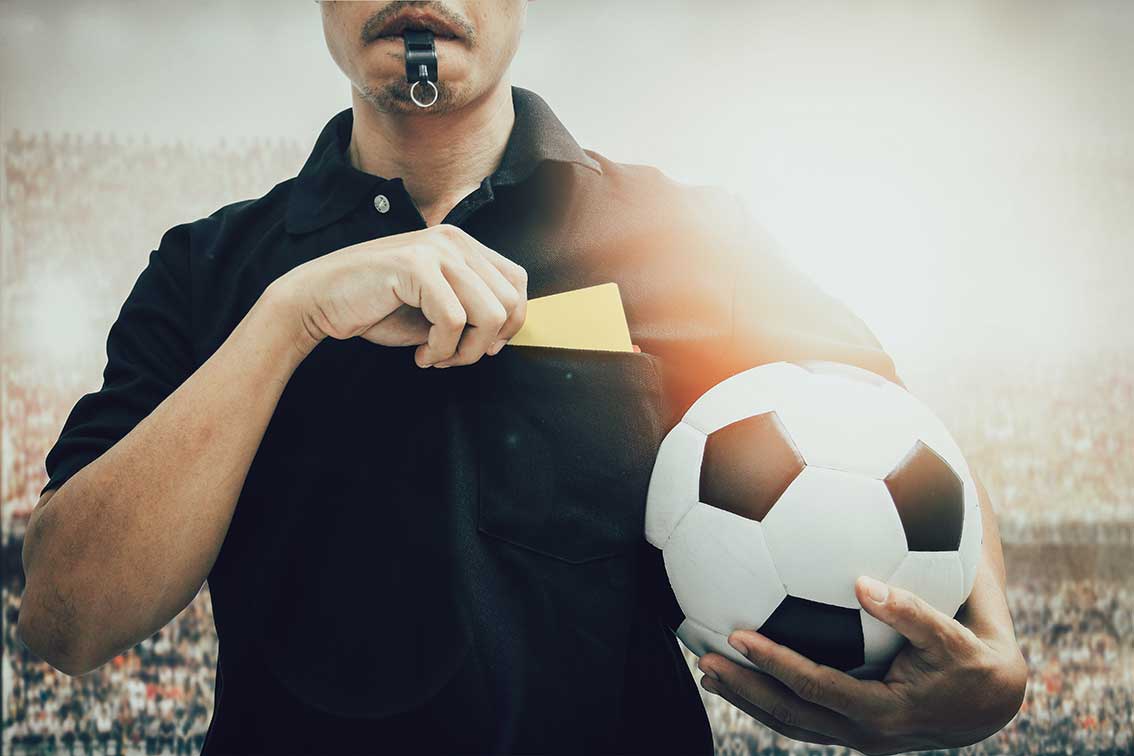 The Referee – the unsung service provider of the game

Home » The Referee – the unsung service provider of the game

The Mediterranean College of Sports speaks to FIBA international referee Bernard Vassallo about the skills, traits and training that define a top match official.

For all the attention given to elite athletes, far less is said about those tasked with ensuring top-level games run fairly, safely and smoothly. Referees and match officials are used to operating in a high-pressure environment, requiring intensive physical and mental preparation to remain sharp and ready to manage heated emotions and make crucial decisions with potentially far-reaching consequences.

With nearly 500 official international basketball games under his belt, Bernard Vassallo, a FIBA international referee for 25 years until his retirement earlier this year, is no stranger to the demands of the job.

“Making a decision, a call or a no-call, in fractions of a second and influencing the outcome of a game under the eyes of players, coaches and possibly also a large number of emotional fans is a challenge, but it’s part of the referee’s job,” Vassallo says. “An excellent referee is one who has the courage, self-confidence and guts to always make a decision, even if unpopular, when it is needed, even a split-second from the end of a tight game in favour of the away team.”

Vassallo believes a referee should never be the centre of attention, as officials are fundamentally providing a service to the game and its players. Nevertheless, performing at a high level requires referees to hone a variety of skills through extensive preparation in a range of areas.

“In modern international basketball, where everything is so dynamic, keeping yourself in good physical condition is a crucial factor, so it is always important to have a daily workout routine,” he says. “International referees are assigned fitness coaches who plan the weekly sessions and then receive the data via technological physical activity trackers.”

In the build-up to a big game, referees actually take a similar approach to players, Vassallo says, studying the two teams, seeking news and injury reports and scouting to understand the two teams and their individual and collective styles of play.

“It is important to know what type of game to expect. Does a team like to play fast basketball, pick and roll plays, or aggressive defence? Does a team have good outside shooters or good centres? Are most of the players right- or left-handed? Is a team on a winning streak or under the weather and nervous at the moment? Do they play better at home or are they also good on the road?

“You have to know as much as possible beforehand. Few people are actually aware of the level of preparation you need before a match to know exactly when to anticipate plays and to be in the right place at the right time to make the right decisions.”

But good preparation is only half the battle. For Vassallo, a large part of a referee’s success or failure comes down to their psychological traits: concentration, confidence and emotional control.

“Despite making headway in the last years, psychological preparation is still lacking in Malta: not only in refereeing but also generally in local sport, as many either take it lightly or never experience it,” he says. “I am a firm believer and advocate for the correct use of mental imagery, which I have used extensively, with clear success, in the last 20 or so years. However, I still remember clearly how I was laughed at by top officials and administrators when I first tried to put this idea forward locally.”

The reason this is all so important is that stress is part and parcel of officiating, especially at higher levels, where the outcome of a game could mean millions of euros in turnover for a club or affect contracts for players and coaches. “Even after many years and countless games, late in my career, I would still feel excited before an important game. But once the ball was raised for the jump ball, and after the first call, all that would go away, and I would be totally focused on the game.”

With tensions during a game often running high, Vassallo says learning to keep his own emotions in check was something only achieved after years of experience, with the help of mentors and personal psychological practice.

“In today’s world integrity, courage and honesty are of paramount importance,” he says of the values that drive him. “You have to be able to conduct a match impartially and honestly, totally independent of the reactions shown by the players, coaches or spectators. A referee does not try to win any popularity contests on the court; they are there to carry out a job. My motto is ‘Respect everyone, fear no one’.”

Accepting that no referee can ever be completely infallible, Vassallo says he teaches younger officials that it is fine to make a mistake, as long as you learn from it and strive not to repeat it. “Admitting a mistake takes courage but shows character and will gain you a lot of respect,” he says. “After all, players and coaches might make dozens of mistakes each game, so why not the referee? What then separates an average referee from a good or even an excellent one is the number of mistakes every game.”

Having retired from international refereeing in August, Vassallo has now turned his attention to nurturing the next generation of referees, passing on the knowledge, skills and experience he garnered throughout his distinguished career. In recent months, he has qualified as a FIBA Commissioner and joined a small group of FIBA Observers and Instructors working on training and development.

“Learning never stops, and the referee who continues to study and analyse the game while making use of their experience to improve themselves is probably the one who will go on to become a very competent referee,” he says.

“Despite all these years in the game, and even now that I had to quit as an international referee due to the age limit, I still watch countless matches every month to gain more insight on game strategies. I have fresh motivation to continue learning as basketball changes all the time, with new plays, tactics and trends and I want to help young European referees to continue improving themselves.”